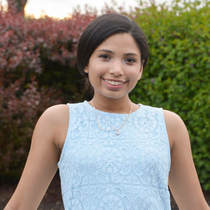 RACHAEL APPOLD (2017 - present)
Rachael is trained in multiple genres of dance and has been performing professionally since she graduated from James Madison University in 2016. She has a B.A. in dance and has performed with Light Switch Dance Theatre and Erica Rebollar. Rachael teaches at a preschool and likes to sneak in dance lessons for her students whenever she can. She also enjoys astrology and guessing people's zodiac signs.​
JORDAN GEHLEY (2017 - present)​
A dancer and choreographer in Washington, DC, Jordan Gehley graduated from the College of William and Mary with a BA in Philosophy and a Minor in Dance. She has been fortunate to perform in works by Ashley Anderson, Keira Hart-Mendoza, Ruth Andrian, and Jose Limon, as well as work with members of Paul Taylor Dance Company and Shen Wei Dance Arts through the American Dance Festival. Jordan has danced and choreographed with Carnival Cruise Lines, UpRooted Dance, DC Dance Is The Answer, The Northern Virginia Fine Arts Festival, 1stStage, Mayzsoul, Kelley Donovan & Dancers, Racoco Productions, TEDx Gramercy, Maya Kite and Dancers, 277Dance Project, and Word Dance Theater.
SARAH HAMANG (2017 - present)
Sarah Hamang, an Indiana native, danced frequently from childhood through college. She re-discovered her love of the art once she moved to DC in 2013. Locally, Sarah has danced with Fierce Collabo and is currently a company dancer with Raediant Movement. She also teaches dance and dance fitness classes in the area. Sarah's second career and personal passion is in the environmental space, as a fundraiser and advocate for one of the world’s largest conservation organizations, so she's especially honored to be participating in The Legacy Project with UpRooted.

KRISTIN HATLEBERG (2017 - present)
Kristin Hatleberg's interest in thinking through motion has often led her to work in cross-genre collaborations. Based out of Washington DC, she performs, choreographs, directs, and teaches. Kristin's work has been shown in Canada, Greece, the Netherlands, and throughout the United States. Kristin maintains membership with the International Somatic Movement Education & Therapy Association, and is currently continuing her education through the Somatic Experiencing Trauma Institute. www.kristinhatleberg.com.

MICHELLE HAYES (2017 - present)
Michelle Hayes is a teacher, dancer, choreographer, and arts administrator in the DMV area. She is the program manager for Dance Metro DC. Michelle started dancing at a young age and continued studying at Keene State College graduating with a BA in Theatre and Dance with a concentration in Performance and Choreography. Since graduation she has performed as a guest artist for Jody Oberfelder, darlingdance, ClancyWorks, company member for Next Reflex Dance Collective and choreographed for Fieldwork, En Route Dance Festival and Small Plates Festival. She has taught creative movement, Jazz and Ballet through the outreach program at Dance Place and CityDance, and choreographed for musical summer camps at Imagination Stage.

ASHLEE MCKINNON (2017 - present)
Ashlee McKinnon is originally from North Carolina but has embedded herself into the DMV lifestyle since 2011 pursuing her career as a dancer, educator, and youth worker.  Receiving a B.A. in Dance from the University of Maryland at College Park, she later pursued her interest in other degree fields including Theology and Dance Education.  Ashlee has performed as a modern dancer in the DMV with VF Dance Theater, Deep Vision Dance Theater, and Glade Dance Collective. Her love for dance and teaching continue to push her to inspire and encourage youth to grow not only in dance technique, but also in character.
ALTHEA SKINNER (2017 - present)
Althea Skinner returned to DC in June 2017 after two years in Brasilia, Brazil, where she founded a dance collective, a Gente, and served as the International Consortium for Advancement in Choreography’s (ICONs) Representative in Brazil.Before that, as a company member with Rebollar Dance, she was integral to the creation of the full-length work, Sacred Profane, between January 2014 and its premiere in October 2015. While in DC, she premiered in solos by Deborah Riley and Vladamir Angelov, and in Roxie Doniphan Thomas' Unhinged at the Kennedy Center's Millennium Stage. She has also performed as a guest artist with DancEthos and the Eureka! Dance Festival. Althea began studying ballet at age three in Buffalo, NY and continued through high school in Columbia, MO. She transitioned toward modern dance in Houston, TX, where she performed with Rice Dance Theater, the Michele Brangwen Dance Ensemble, the Sandra Organ Dance Company and Chrysalis Dance. Outside of the dance studio, Althea has worked since 2011 with the CARE-WWF Alliance, empowering vulnerable women and the poor in east Africa through sustainable natural resource management. 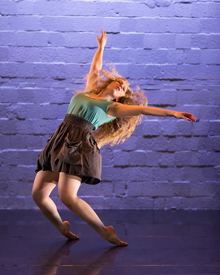 ALISON TALVACCHIO (2017 - present)
Alison Talvacchio is a non-equity actor, dancer, choreographer, teacher, and Box Office Manager in the DC area. She has recently worked with Venus Theatre, Brave Spirits Theatre, Pocket Change Theatre Company, Doorway Arts Ensemble, and Prince Georges Shakespeare in the Park. She is a Company Member with ReVision dance company, the resident modern company at Dance Place. Alison graduated with a BA in Drama from the Catholic University of America. Up next she will appear in The Ravens with Venus Theatre and Burst with Parlor Room Theater. Photo by Jonathan Hsu. 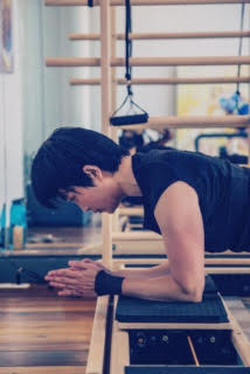 PINLING LIN (2017)
Pinling Lin is a BASI trained Pilates instructor with nearly 20 years of professional dance experience. A native of Taiwan, and graduate from New World School of The Arts, University of Florida, Pinling moved to Virginia in 2001 and had been actively performing in the Metro DC area where she worked with various artists between 2001-2012. Pinling later on went on to a long recovery from various of injuries, and is honored to be back in a dance project with Uprooted Dance.

Pinling is currently teaching Pilates as her full-time job and passion, where she focuses on movement, body awareness, and rehabilitation for people who are recovering from injuries or who just want to stay healthy and strong.